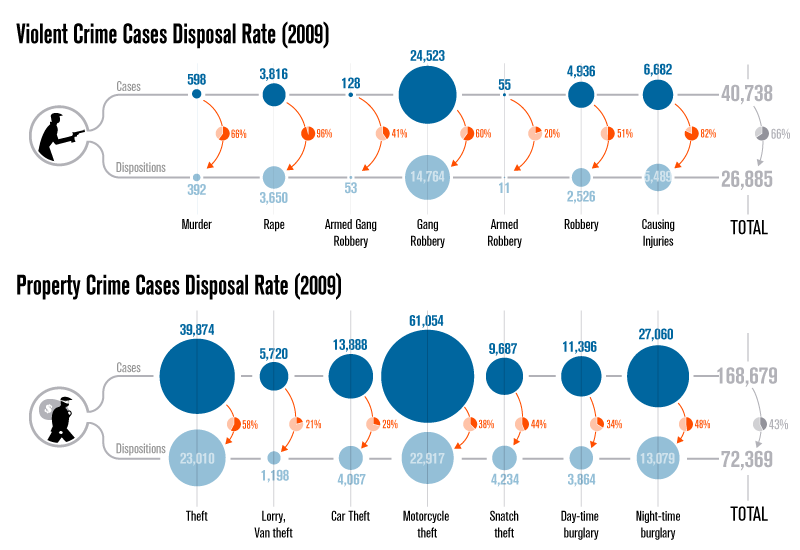 Police figures for slide 7 were not available after the year 2009. They might have shown, for instance, whether prosecutions and convictions had increased; certain types of offences had fallen off in the years following in particular geographic locations as an indication of the impact of policing actions – and so on.

The meaning of “disposal” here is unclear.  In other countries, a degree of finality is usually conferred by reference to the ultimate disposal of a case whether through dismissal, discharge, conviction or acquittal. “Disposal” for police cases (as distinct from the prosecution or the courts) appears to refer to cases that have been ‘cleared’.

In the Report of the Royal Commission to Enhance the Operation and Management of the Royal Malaysia Police, RMP explained that an offence is considered ‘cleared’ for crime reporting purposes in the following circumstances:

This may explain public confusion as to the progress of cases through the system, since the tracking of cases between police and Prosecution does not appear at present to be closely monitored.