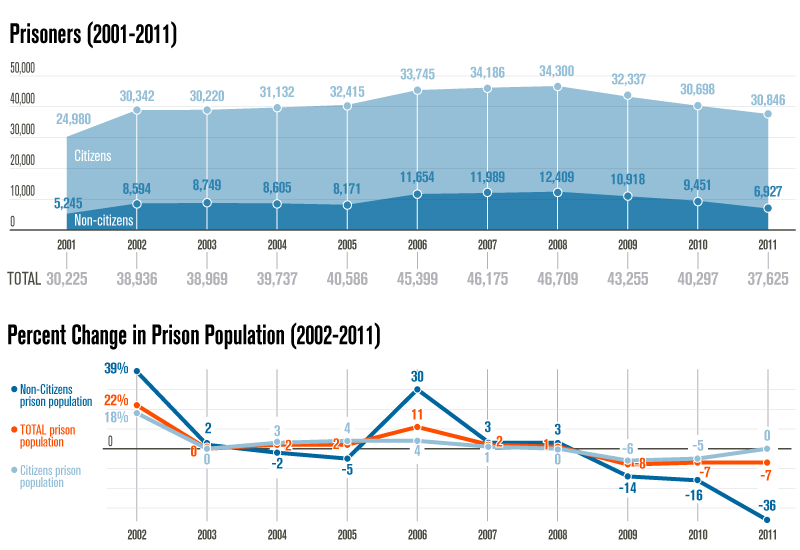 The total prison population at present is approximately 125:100,000.  The total population is on the decline and, according, to the Director General of the Prison Department, the number is set to decline further by 2020. This would be set to buck growth trends elsewhere in the world.  The population is predominantly made up of adult men. Women are in the minority (as elsewhere in the world) and occupy 4.7% of the prison population.   Non-nationals occupy a significant proportion of the population (and the majority of the women prisoners), because illegal residence in the country attracts a minimum term of imprisonment (six months) prior to deportation. Young offenders (aged 14-21) are held in ‘Henry Gurney Schools’ which fall under the Prison Department (see Juvenile Justice below).