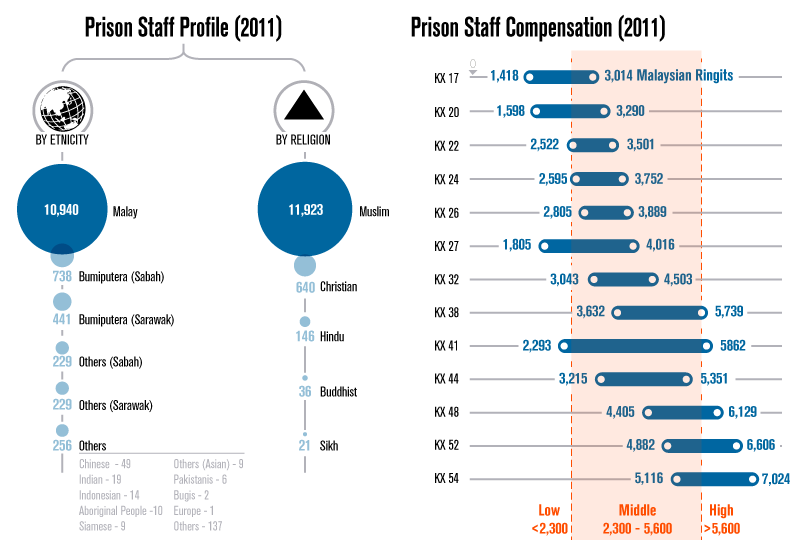 The prison staffing totals 13,513  with an additional 1,329 civilians in administrative support. There is no ‘ideal’ ratio of prison officers to prisoners, since the demands of a high security prison will differ from those of a low security prison (as the facility will have relaxed security concerns and may even be an ‘open’ prison).

Pay scales are comparative with the police (see slide 8).